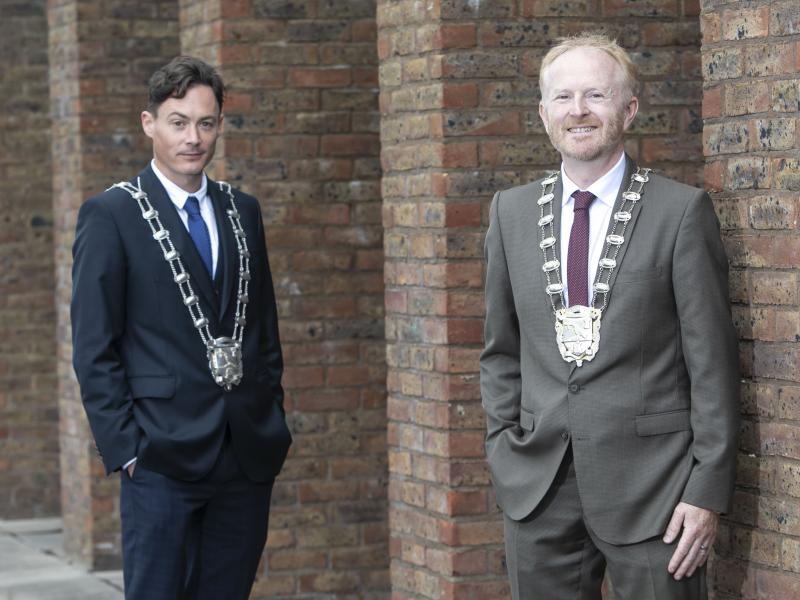 Councillor David Healy of the Green Party was elected as Mayor of Fingal at the annual meeting of Fingal County Council which was held today at the National Show Centre in Cloghran.

Cllr Robert O’Donoghue of the Labour Party was elected as Deputy Mayor.

Cllr Healy, who represents the Howth-Malahide Electoral Area, was first elected as a councillor in 1991. Based in Howth, he works as a climate change policy researcher.

Cllr O’Donoghue, who represents the Rush-Lusk Electoral Area, has been an elected member since 2018 when he was co-opted to replace retiring councillor, Ken Farrell.

Tributes were paid to the outgoing Mayor, Cllr Eoghan O’Brien by councillors and Fingal County Council Chief Executive AnnMarie Farrelly who also presented Cllr O’Brien with a Commemorative Medal and a Photograph Album recording his year in office.

Cllr O’Brien thanked Cllr Tom Kitt for his support as Deputy Mayor during the year and paid tribute to everybody who had contributed to making his year in office a success.

A minute’s silence was observed before the Annual General Meeting for former Mayor and councillor Mags Murray who passed away last Saturday.

Cllrs O’Donoghue, McDonagh and Walsh will take up their positions in September.