The Gobbán Saor and Donabate 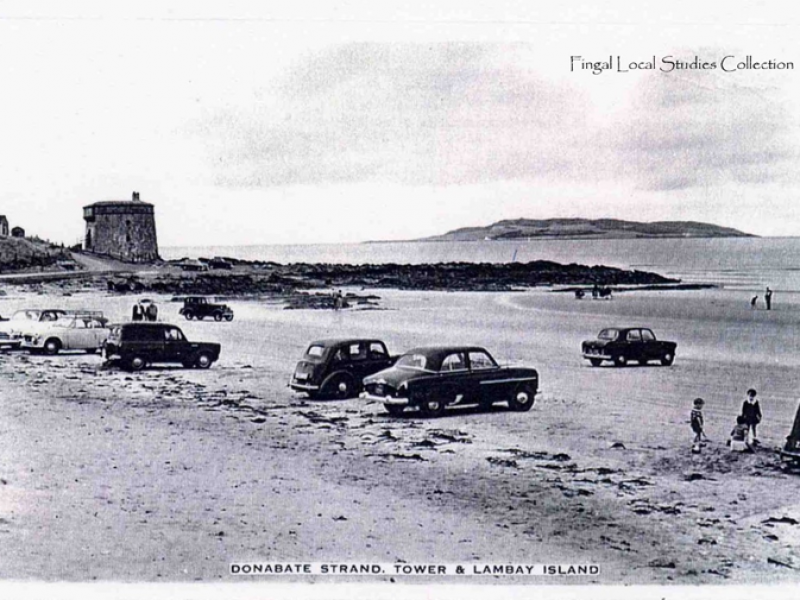 According to local tradition the Gobbán Saor is associated with the Turvey area in Donabate (Bates 1988: 18; https://www.logainm.ie/en/1436734 ). This association comes from a dindshenchas (place lore) poem recorded in a medieval manuscript. This poem is called Tráig Thuirbe (Tuirbe’s Strand) and it goes:

Tuirbe (anglicized as Turvey) Trágmar is an obscure figure who is not widespread within the folkloric or mythological traditions of Ireland. The name Tuirbe is possibly related to the word tuir for pillar or column, which was used to describe significant people such as chieftains (eDIL s.v. 1 tuir). Trágmar comes from the word Tráig means shore or strand but can also refer to a measurement or division of land (eDIL s.v. tráig; eDIL s.v. 1 traig). It is clear from these meanings that the figure of Tuirbe Trágmar is one connected to the location of Turvey, and he may be a personification of this place.

In this poem Tuirbe is given as the father of the Gobbán Saor a famous figure within Irish folklore. He usually appears as a builder with the Saor element of his name meaning craftsman or wright denoting his role. He is sometimes named St. Gobbán in the context of building churches with many around the country called Kill Gobbán after him. Gobbán is a diminutive form of Goibniu which stems from the word gobae meaning smith (eDIL s.v. gobae; O hOgain 1991: 241; Rees 1961: 52). Goibniu the smith was one of the four craftsmen of the Tuatha de Danaan in Irish mythological tradition.

This connection to smithing is striking in relation to the poem which describes Tuirbe casting axes into the water of the strand. No archaeological remains suggestive of metalworking or axe production have been found in the Turvey area. However, it is worth noting the remains of Neolithic stone axe production on Lambay Island (Cooney 2009). This activity predates the poem by several millennia and there is no direct connection between the two. However, both the archaeological remains of Lambay and the poem may indicate a long tradition of the significance of axe production along the Fingal coastline. It is unlikely that any further archaeological evidence from the Turvey will be unearthed soon considering the area along with the Rogerstown Estuary has been developed into a beautiful nature reserve. So, the origins and nature of the connections between the Gobbán Saor, smithing and the Turvey landscape will have to remain a tantalizing mystery for now!

If you want to explore other dindshenachas poems visit CELT.ie. If you would like to find out more about the figures of Gobbán and Goibniu listen to an excellent discussion on the Story Archaeology podcast. Or now that summer is upon us why not spend the day exploring at Turvey Park!

The Placenames Database of Ireland, accessed through https://www.logainm.ie/ga/17019.