Mise an Fear Ceoil as part of Fingal Festival of History

Séamus Ennis was one of the most important figures in Irish traditional music in the 20th century.

One very valuable aspect of Séamus’ life was his work collecting traditional music and song in all parts of Ireland. One single person from whom he gathered over two hundred songs, lilts, tunes and stories for the Folklore Commission of Ireland was Colm Ó Caodháin of Glinnsce in Conamara.
Mise an Fear Ceoil shines an interesting and entertaining light on this one part of Séamus’ work.

Ríonach uí Ógáin tells us about the daily life of the folklore collector at that time – the 1940s.
Ríonach has written of this in both of her books; Mise an Fear Ceoil and Going to the Well for Water, giving a fascinating insight into Ó Caodháin’s repertoire and the interaction between the two men.

Róisín Elsafty, a celebrated sean-nós singer from the Conamara Gaeltacht, will perform songs which come to us from the Ó Caodháin collection and uilleann piper Peter Browne who learned music directly from Séamus Ennis will play tunes from both Ó Caodháin and Ennis.

In this, the centenary year of Ennis’ birth, Mise an Fear Ceoil is a uniquely entertaining and informative hour of speech, song and music.

Advance booking essential. Tickets available from www.tseac.ie or call us on 01-8020898 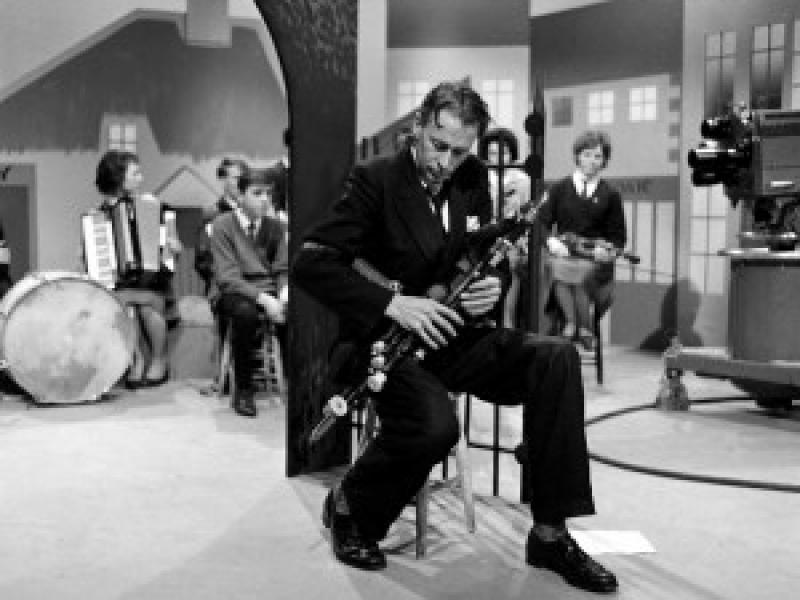