On the back of a wonderful series of sell-out concerts and festivals to launch their latest album 'Family', Cork trio Greenshine makes a welcome return to The SEAC.

'Family' received many accolades including being made Eve Blair’s Late Show Album of the Week on BBC Ulster, Euro American Charts’ “Ones to Watch”, KCLRfm ‘Ceol Anocht’ with Martin Bridgeman “Record of the Week”. Christy Moore described Greenshine as "...the sound of a family immersed in music, tight in harmony, in love with song," - a fitting tribute to a family who has made music their life.

Hallmarks of a Greenshine performance are tight family harmonies, multi instrumental work, the strength of their own song-writing and choice of wonderful songs written by songwriters they admire including John Prine and Townes Van Zandt. Two singles released from 'Family', 'Dandelion Seed' and 'The Good is Gone' were co-written by Ellie and Mary and both hit the No. 1 spot on RTE Radio 1's Airplay list where they rested for several weeks, emulating the success of previous single ‘The Girl In The Lavender Dress’ (which went on to be third most played Irish track on RTE Radio 1 in the year of its release). A third single, 'Brother' from the album which Mary wrote with Cork songwriter Cormac O' Caoimh has reached No. 2 in the RTE Airplay Chart.
Noel and Mary have appeared on the albums of artists as diverse as The Republic of Loose, Dr. Strangely Strange and Christy Moore while Ellie has sung on projects including Ger Shine's 'All The While' and Grandfather 'Paddy Greene's Family Album'. Their latest album is dedicated to families in all their forms and features material which runs the gamut of emotions from happiness to grief. 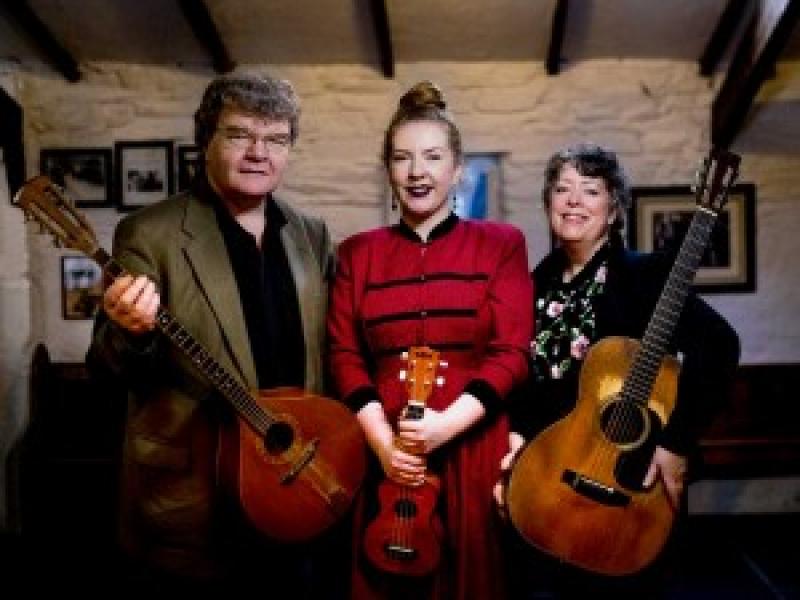