Book Review: A Ghost in the Throat by Doireann Ní Ghríofa

Nadene reviews the debut novel, A Ghost in the Throat, by Irish poet Doireann Ní Ghríofa - the story of a woman’s journey as she attempts to uncover the mysterious, largely undocumented life of another, that of the 18th century poet Eibhlín Dubh Ní Conaill. 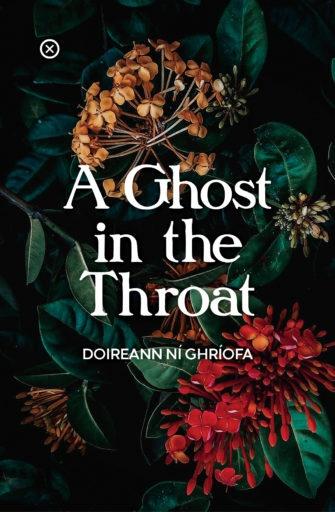 A body holds so much beyond the visible

This book is so many things: a beautifully haunting piece of literature, a modern day tale about the author’s 21st century life, a love story to poetry and to the Irish language, and a history lesson as the author delves into uncovering the life of a forgotten female poet.

Doireann Ní Ghríofa adored the work of the Cork poet Eibhlín Dubh Ní Chonaill and her poem Caoineadh Airt Uí Laoghaire, which Eibhlín wrote as a lament to her late husband, Art O’Leary. It has been described as “the greatest love poem in the Irish language”. After the birth of her third child, Doireann found herself gravitating back towards the poem and decided she wanted to learn more about Eibhlín Dubh’s life.

This quest sets the story in motion, but Eibhlín’s is not an easy story to uncover. Doireann found much of the written history only recounted the lives of men and she could find very little trace of Eibhlín amongst the pages. She attempted to uncover Eibhlín’s story in other ways, her goal being to devote herself to “luring female bodies back from male texts”, throughout the book she repeats the refrain “This is a female text”.

With little tangible evidence of Eibhlín to be found, her research brought her to walk the roads and visit the places in West Cork where Eibhlín once lived. As the story progresses, the lives of the two women entwine across time, as though the soul of Eibhlín becomes part of Doireann: “Literature composed by women was stored not in books but in female bodies, living repositories of poetry and song”. The body and the internal life become a place of research.

The theme of human connection is a major one throughout. There is Doireann’s connection to the past and to this 18th century poet and how she becomes a very present part of her modern-day life. We generally think of research as a solitary pursuit but, really, there are so many people bubbling under the surface of this kind of work, those who’ve come before, awaiting connection and to be brought into the light. It’s a very human and deeply connected process.

As well as the connection between past and present, there’s also Doireann’s maternal connection to her own young children and to all those babies she never meets but she nourishes them through the milk she regularly donates to the milk bank. The line of connection is like an umbilical cord running throughout – no woman is an island.

Doireann eventually climbs out of Eibhlín’s verses and back into the physical world, one of a house and rooms, to domestic life: “As a heart holds its chambers, as a poem holds its verses, so a house holds its rooms”. She lets go of the parts of Eibhlín she cannot find and celebrates the “lacunae”, the “gaps” or persistence of mystery. She ends with the first line, her refrain, she has come full circle. This is a female text.