To mark the month of May we are having a seasonal special of Fingal Folktales! May Day or Bealtaine as it is known in Irish was one of the cross-quarter days of the Celtic seasonal cycle. It marks the beginning of the light half of the year and acts as a seasonal counterpoint to Samhain which is the start of the dark half. Both festivals are believed to be times when boundaries between our world and the supernatural otherworld become blurred. The sidhe or fairies were thought to travel from their winter home to their summer quarters during Bealtaine. As a result, people ensured they carried either iron or a black handled knife when travelling on Bealtaine to ward off supernatural attentions[1]. Many of the customs surrounding Bealtaine are intended to avert supernatural interference and protect the prosperity of the household for the coming summer season. 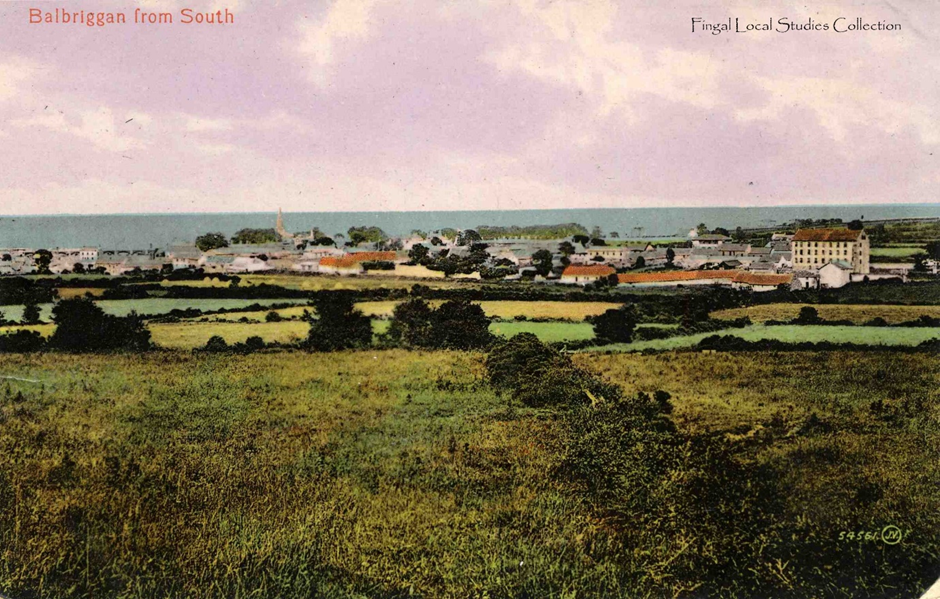 Seasonal change and transitions in the otherworld were reflected in agricultural practices on Bealtaine with cattle being moved from winter to high summer pastures (called Buaile in Irish) at this time[2]. Cattle were driven to drink from certain sacred wells on Bealtaine Eve to protect them against disease for the season ahead[3]. They were also driven between bonfires lit as part of a ceremony connected to the lighting of a central sacred fire on the hill of Uisneach on Bealtaine Eve[4]. Farmers marked the boundaries of their land on this night by scattering seeds and ash from the Bealtaine bonfires[5]. A custom which may be linked to ritual practices of firing the land before planting[6].

Anxieties around establishing boundaries and ensuring the safety of livestock and land are echoed in customs practiced within households on this night. The household fire was symbolically extinguished on Bealtaine Eve and relit from the local bonfire until the following Bealtaine Eve when it was once again extinguished[7]. Milk was poured on thresholds including the windows and doors of the house as well as the roots of whitethorn trees to appease the otherworld[8]. Garlands of flowers were placed around holy wells, the horns of cows, agricultural equipment, and door posts to protect against those same otherworld forces[9]. Garlands were typically made up of flowers such as buttercups, primroses, marigolds, and cowslips gathered before dusk on Bealtaine Eve.

Anxiety and caution also marked the daytime portion of the festival with it being considered unlucky to give away salt, water, or fire on May Day in case the luck of the house went with the gifts[10]. However, May Day itself had joyful aspects as it marked the start of summer and the renewal of contracts. Hiring fairs traditionally took place on May Day for this purpose and are remembered in Fingal in the saying ‘’May Day the fair Day of Rush’’[11]. On May morning dew was gathered to increase health and beauty with the recollection from Castleknock that ‘’On May morning the sun is supposed to dance, and if a person gets up early and washes his face with the dew, he won’t get a headache during the year’’[12]. It was also thought that herbs gathered before sunrise on May Day would be a cure for warts!

The most popular Bealtaine custom found in Fingal however is that of the May Bush. This custom occurs more frequently within the province of Leinsteir than any of the other provinces of Ireland. It was thought that having a May Bush would help to ensure the plentiful production of milk for the coming year[13]. The May Bush is a branch or bough of a tree decorated with ribbons, flowers, and candles. It was usually set up outside the house and could be taken from sycamore, rowan, elder or hazel but usually came from a hawthorn tree[14]. A song associated with the May Bush is recorded in Swords ‘’ a long life and a happy wife and something for the May bush’’[15]. In Balbriggan children used to put the bush in a big barrel filled with clay and stones and decorate the tree with flowers and ribbons[16]. While in Sutton it is recorded that children led by a girl dressed as the May Queen went from house to house with the bush[17].

May Day customs for your local area are accessible on Dúchas.ie. To find out more about Irish tree lore listen to this podcast by Barry Smith. If you are interested in learning how to craft May Day garlands have a look at this video by the National Museum of Ireland. Or if you want to listen to an in-depth discussion of Bealtaine customs check out this podcast by Blúiríní Béaloidis.

Frazer, James (1993), The Golden Bough: A Study in Magic and Religion, Herdfortshire.

Jaikumar, Pearline (2018), ‘’Beltane May 1’’, Cultural Studies: Holidays Around the World, accessed through https://search.credoreference.com/content/entry/hfcwd/beltane/0 on 03/05/2021.